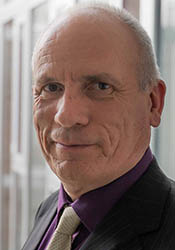 Tony Delaney was appointed Deputy Commissioner, Head of Regulatory Activity, in July 2019. He previously served as Assistant Commissioner at the DPC for over thirteen years during which time he led many of the Office’s high profile investigations including investigations into the text marketing sector, the hospitals sector and the private investigator sector. In 2015 he set up and headed the office’s Special Investigations Unit. He also led the Office’s prosecution function in his role as Assistant Commissioner, testifying on a regular basis in District Courts across the State and achieving numerous high-profile successful outcomes in the prosecution of a range of entities from sectors spanning insurance, telecommunications, marketing and private investigators, among others.

In his current role he has responsibility for the following Units at the DPC: